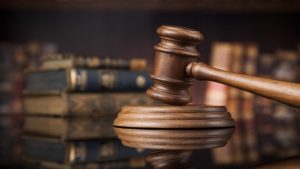 A 26-year-old barber who resides at Iyana Governor Road in Idi- Iroko community of Ogun State, has been arrested and charged with impersonation, stealing, obtaining by false pretences and threat to life after reportedly defrauding a London-based woman of N51m.

Moses Olaitan was arraigned before an Ikeja Chief Magistrates’ Court on Thursday June 17, over a crime he allegedly committed on July 17, 2020 at Ojokoro area of Lagos.

Prosecution counsel, Raji Akeem alleged that Olaitan impersonated Oba Elegushi on social media, professed love to the complainant and told her to come to Nigeria from London where she stays.

He and others at large were accused of collecting N51 million from Joy Okoro to prepare a concoction for “ritual cleansing”, so she can become a queen.

Olaitan who pleaded not guilty to the charges, was granted bail in the sum of N51million with two sureties in like sum by Chief Magistrate O. I Adelaja. The case was then adjourned till July 5 for mention.