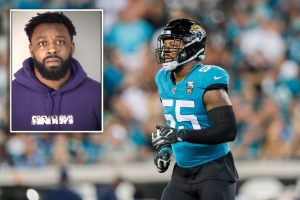 Jacksonville Jaguars linebacker, Lerentee McCray has been arrested after a high-speed pursuit with police over the weekend.

According to court records obtained by DiRocco, McCray was issued a citation for speeding and was charged with fleeing/eluding police with disregard of safety to person or property, which is a second-degree felony. He was booked into Lake County Jail in Central Florida on Sunday and was released that morning after paying a $5,000 bond.

“We are aware of the situation and are gathering more information,” the Jaguars said in a statement to ESPN. “We have no further comment at this time.”

According to DiRocco, the Fruitland Park Police Department report stated that a patrol officer attempted to pull McCray over for a traffic stop after seeing him traveling at 88 mph in a 50 mph zone. Instead of complying with the officer, McCray showed the officer a middle finger and kept driving. 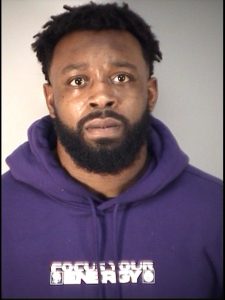 The police report went on to state that McCray was pursued by two police vehicles “at speeds up to 100 mph,” per DiRocco. The officers stopped chasing after McCray’s vehicle began “being driven recklessly and swerving across three lanes of traffic.”

McCray was later apprehended by the FPPD officer after he was informed by the members of the Tavares Police Department that McCray had come to a stop and appeared to be in an “altered mental status.” McCray was transported to a local hospital for a medical evaluation.

After being treated, McCray was taken to Lake County Jail. His arraignment is scheduled for Feb. 14.

McCray started his career with the Denver Broncos in 2014 and also spent one season with the Buffalo Bills in 2016. He is set to become a free agent in March.

Previous ArticleI killed him because he wanted to have homosexual act with me – Prime suspect in the murder of US-bound medical doctor tells police
Next Article Gunmen invade Enugu APC meeting, kill two chieftains and abduct one