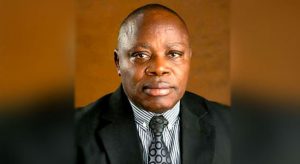 Justice Simeon Amadi, the second most senior judge of River state High Court has been confirmed as the state’s Chief Judge by the house of assembly.

This came after Governor Nyesom Wike sent in a letter seeking Amadi’s confirmation and approval based on the National Judicial Council (NJC) recommendation.

“The NJC has recommended Simeon C. Amadi for appointment as Chief Judge of Rivers State following the imminent retirement of the incumbent CJ, Justice A. I. Laminkara, from service on 25, May 2021.”

“I have considered NJC’s recommendation as well as qualification, character and service experience of Justice Simeon Chibuzor Amadi and found him proper and suitable person to become the next Chief Judge of the state.

“Accordingly, pursuant to the provisions of section 201(1) of the 1999 Constitution as amended, it is my pleasure to forward to you the recommendation and appointment of Justice Amadi to the Rivers State House of Assembly for confirmation and approval.”

This follows up report of stakeholders not being happy that the most senior judge, Justice Joy Akpughunum was overlooked for the top job.