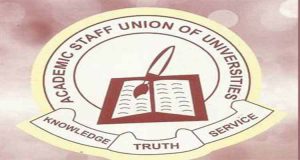 The Academic Staff Union of Universities (ASUU) has said that it will take action if the Federal Government’s fails to meet its demand in the next 48 hours.

Lecturers in the country had threatened to embark on another strike following the non-implementation of the Memorandum of Action the federal government signed with the union, upon which last year’s strike action was suspended.

After the union’s National Executive Council meeting at the University of Abuja on November 13 and 14,  ASUU President, Professor Emmanuel Osodeke, lamented that despite meeting  with the Minister of Labour and Employment, Dr Chris Ngige on  October 14, 2021, on  issues including funding for revitalization of public universities, earned academic allowances, University Transparency Accountability Solution, promotion arrears, renegotiation of 2009 ASUU-FGN agreement, and the inconsistencies in Integrated Payroll and Personnel information system payment,  none of the demands had been met.

In a telephone interview with Daily Trust on Monday December 6, President of ASUU, Prof. Emmanuel Osodeke said the union will conclude its consultation with various branches across the federation and subsequently make its position known.

Previous ArticleFootballer and fashion designer, Marvin Morgan tragically passes away at 38
Next Article I believe this is not good — Lawan expresses disappointment with health ministers’ absence at COVID-19 summit