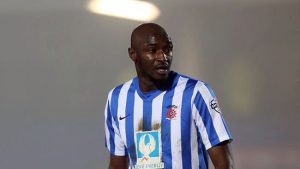 Non-league striker and fashion designer, Marvin Morgan has tragically died at the age of 38.

Born in Manchester, Morgan represented Aldershot Town, Shrewsbury Town, Plymouth Argyle and Hartlepool United during his professional career and played as high as League One level.

Former club Hendon confirmed the sad news of Morgan’s passing with a tweet on Monday which reads: “We are shocked to have learned this morning of the passing of Marvin Morgan at the age of just 38 years old.

“Marvin joined us at the start of the 2018/19 season and had a big influence in his 7 appearances. Our thoughts are with his friends, family, and loved ones today.”

Quoting Hendon’s tweet, Hornchurch added: “We are saddened to hear of the passing of former Urchin Marvin Morgan. Thoughts are with his friends and family at this very sad time.”

Morgan scored one goal in five appearances while on loan at Hartlepool in the 2014/15 season, and the League Two club wrote: “We are shocked and saddened to have learned this morning of the passing of Marvin Morgan at the age of just 38 years old.

“Our thoughts are with Family and friends of Marvin. Rest easy, Marvin.”

Shrewsbury posted a moving statement in tribute to their former player, describing him as a “cult hero” after he helped the club win promotion to League One in 2012.

“Marvin’s work in the face of racism and discrimination with Fresh Ego FC will live long and will continue to make a positive difference,” the statement adds.

Morgan’s Fresh Ego FC aims to raise awareness of mental health and racism in football with a blend of football and music enterprises while also conducting charitable outreach to the community.

Morgan’s fashion brand took off in recent years and a host of Premier League stars have been seen wearing Fresh Ego Kid attire. These include Lukaku, Raheem Sterling, Smith Rowe, Ainsley Maitland-Niles, and Dele Alli, as well as Anthony Joshua and Cruz Beckham. 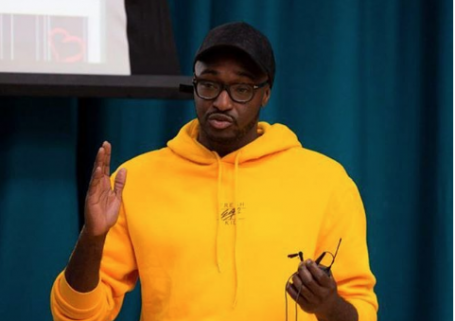 Morgan was inspired to pursue his “passion for fashion” shortly after becoming a professional footballer by joining Aldershot in 2008.