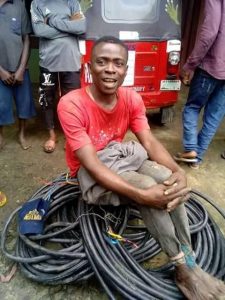 It was gathered that the suspect identified as Attah was nabbed on Friday, Augusr 20, by the youths of the community along Mbioto-Ndon Eyo road with electric cable that powers the street lights along the road.

The suspect, who hails from Abak Ishiet in Onna local government area, claims to a commercial tricycle operator.

A youth leader, Akparawa Johnny Daniel Nsekpong, who confirmed the incident said information got to him in the wee hours of the day by vigilant youths who were returning from night wake keeping and he immediately mobilized more youths which led to the suspect’s arrest.

A search in the bush led to the discovery of the cables. 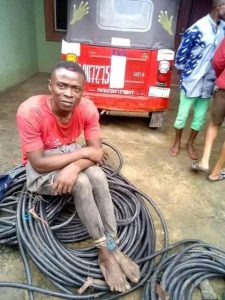 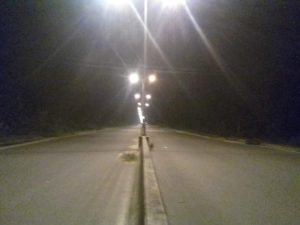 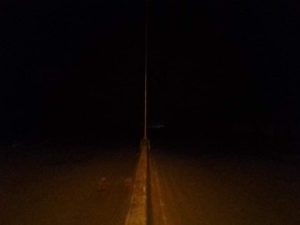 Previous Article2023 election: Buhari and Tinubu’s pact is not binding on APC members – Yahaya Bello
Next Article Manny Pacquiao beaten by Yordenis Ugas in his return to the ring at the age of 42