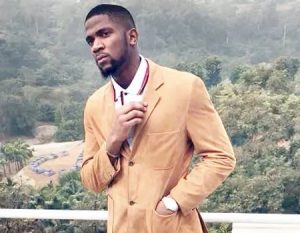 Precious Ekwueme, the Chief Executive Officer of HighTunes Records, has lamented about his recent robbery and burglary attack in the city of Accra, Ghana.

Mr. Ekwueme was lodged at Pearl in the City Apartments housing Capitol Restaurant. On the night when he was to leave Accra, armed robbers got into his room through the window and carted away with his things, leaving just his international passport with him.

According to him, the CCTV showed that the armed robbers had been standing by the window for sometime, waiting for their chance.

“The security system was poor,” he said. “They were sleeping. So much negligence from their part.”

He has sued the management of the apartment and he claims they have threatened him. “Even the girl that is there, they tried to beat her when the lawsuit was served.”

Mr. Precious Ekwueme has worked with high profile musicians, promoting music in all parts of the world. The Hightunes Recording Company is equally the brainchild of music industry veterans, who share a refreshing and respectful love of music. The result is a progressive, 22nd century music entertainment company in view, that utilises cutting-edge internet strategies, while establishing uncompromising principles.