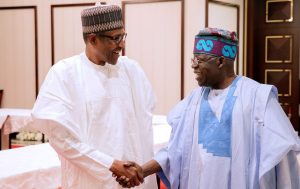 Former Governor of Lagos state and chieftain of the All Progressives Congress, Bola Tinubu has stated that the Nigerian economy has remained weak with too much unemployment and resources left idle even after the exit from recession.

Tinubu who delivered a speech as the chairman of the 2021 Sardauna Memorial Lecture held in honour of one of Nigeria’s founding fathers, the late Sir Ahmadu Bello, stressed the need to cut down on wasteful spending among government officials to ensure Nigerians benefit from the economy.

“In the midst of our local challenges came the COVID-19 pandemic, with its debilitating impact on the global and domestic economies. Nigeria, like many other countries, has not been spared the impact of the pandemic.

“Commendably, however, President Muhammadu Buhari has been carefully steering the country through the pandemic such that the negative impact on us and the economy has not been as harsh as it might have been. The economy’s relapse into recession has ended but we must admit the economy remains weak with too much unemployment and resources left idle.

“Fiscal wisdom but not necessarily austerity is required for an economy like ours in a time like this, to ensure equitable wealth redistribution and meaningful use of resources.

“While states and local government must shape their budgets to fit their revenues, the federal government can and should spend more to create more jobs for the youth in both the north and south which is key to eradicating restiveness and sundry criminality among the youth. Urban populations are growing but urban jobs are not. Here, government must implement a national industrial policy to encourage key industries to begin to employ this growing urban work force.”