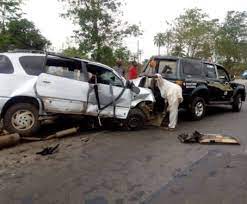 Three persons have died and three others were injured in an accident that occurred on Monday morning, November 7, along Lagos-Ibadan expressway.

The accident, involving four males and two females, occurred at about 5:45am.

The Sienna bus was said to have engaged in speeding and this led to loss of control. It was eventually “brushed” by a tanker, Okpe said.

The FRSC said the injured victims have been taken to Idera Hospital, Sagamu, while the deceased were deposited at the hospital’s morgue.

Meanwhile, the Sector Commander of the FRSC in Ogun, Ahmed Umar, has commiserated with the crash victims.