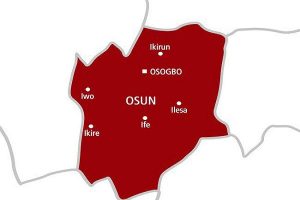 Some suspected hoodlums in some communities in Ilesa West local government area of Osun State, on Thursday June 23, stormed venues designated for collection of Permanent Voter Cards and disrupted the exercise.

Punch reported that three persons were injured as a result of the incident which created panic in Igbogi, Isokun, Ibala, and all neighbourhoods within Ilesa metropolis.

A resident of the area told the outlet that the hoodlums who wielded dangerous weapons and roamed the streets, intended to scare people away from centres where PVC were being collected.

“They (the hoodlums) ransacked (PVC collection centres) in Ilesa West and Ilesa West Central. They were in Ward 1, 3, 6 and 7.

“The hoodlums didn’t let people obtain Permanent Voters’ Cards, but the police and the Civil Defence Corps operatives are on top of the situation.

“I am not aware there was an attack on the PDP Secretariat in Ilesa West Local Government. No arrest yet but we are on hunt for the hoodlums. Three people were injured but no death was recorded.”

When contacted for reaction, Osun INEC Public Relations, Seun Osimosu, said PVC collection was not suspended in the affected areas, but noted that the staff were withdrawn from the affected communities over safety concerns. She added that the Commission would meet security agents in Ilesa West to address the situation.