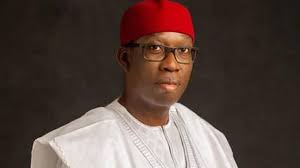 The Peoples Democratic Party, PDP, presidential running mate, Ifeanyi Okowa has said the All Progressives Congress, APC, and its presidential candidate, Bola Tinubu are not smart.

Speaking on Channels Television’s Politics Today, the Governor of Delta State, said making Kabiru Masari a placeholder showed that APC was not organized and not ready for election.

Okowa said: “You can find that the APC is finding it difficult to get who would be their vice presidential candidate, we are hearing something we have not heard before, somebody on placement to be replaced.

“They are actually not smart, that makes us believe they are not even ready for the election, there seems to be a lot of confusion in the APC, unlike us, right from day one, we‘ve made our decision and I believe we‘re on the right path.”

The Independent National Electoral Commission, INEC, had set a deadline for the submission of presidential running mates.

To beat the deadline, Tinubu submitted Masari’s name as his running mate, but it was alleged that Masari is just a placeholder.

However, the spokesman of the APC presidential candidate, Tunde Rahman had insisted that his principal submitted Masari’s name as his running mate.

He, however, disclosed that Tinubu is consulting with President Muhammadu Buhari, the APC leadership, and Masari over a final decision on the issue of his running mate.

Rahman said Masari may step down in the interest of the party.