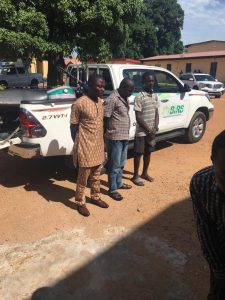 Three suspects have been arrested over attack on the Chairman of Benue State Internal Revenue Service (BIRS), Dr. Andrew Ayabam.

The three suspects, Mr. Ishoho Iorwuese, Timothy Shomgi and Orna Sunday, were paraded by the police on Saturday, May 15.

The suspects are said to be staff of Ben Rozy Limited, a company which has been parading as tax consultants and fleecing unsuspecting tax payers.

It was gathered that a mob of fake revenue collectors attacked Ayabam and his team with cutlasses, axes, sticks, and other dangerous weapons at Agan, a Makurdi outskirts community on Makurdi-Lafia road on Friday, May 14.

The Chairman narrowly escaped death when he ran into the barricade mounted by the revenue syndicate who for long-established a collection point in the community compelling motorists to pay illegal taxes to them.

When his team tried to arrest the fake revenue officials they were attacked by the gang who damaged his official cars and chased them with dangerous weapons threatening to kill the Chairman.

Although no life was lost, the vehicles on the convoy sustained considerable damage. 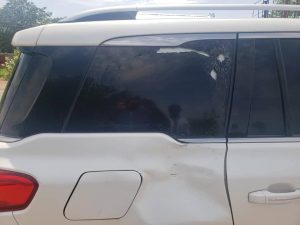