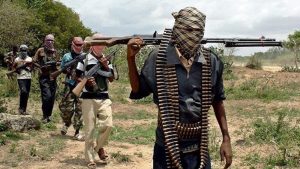 Four members of the Anglican Church of Zaria Diocese in Kaduna state, have reportedly been kidnapped by suspected bandits along the Kachia-Kaduna Road in Kajuru Local Government Area (LGA) of the state.

Channels TV reports that the incident was said to have occurred on Tuesday, April 6, when the bandits barricaded the road and opened fire on a bus said to belong to the church, and a truck carrying firewood.

The Archbishop of Anglican Church, Kaduna Province, Most Reverend Buba Lamido, said the bandits abducted four of the passengers, injured four others while the driver of the bus was shot dead. He noted that one of the injured persons have been discharged from the hospital while the remaining three were receiving treatment.

The state Commissioner for Internal Security and Home Affairs in Kaduna, Samuel Aruwan, in a statement released, stated that eight people were killed during separate attacks in the area on Tuesday, April 6.

He said in a similar attack, armed bandits barricaded the Kaduna-Kachia road at the Doka axis of Kajuru LGA and shot at a truck, killing the driver. He added that in Kachia LGA, armed bandits invaded a herders settlement in Inlowo village, and killed one Ibrahim Alhaji Haruna, before carting away 180 cows. He also mentioned that at Akilbu village in Kachia LGA, armed bandits shot at a vehicle, injuring two persons, Mansur Ibrahim and Muhammadu Aminu. Mansur Ibrahim later died in hospital while Muhammadu Aminu continues to receive treatment.

Previous ArticleAttacks on Military personnel: Military launches aerial bombardment on ex-governor, Godswill Akpabio’s community
Next Article Man shares then and now photos as he reunites with his primary school classmates after more than 50 years