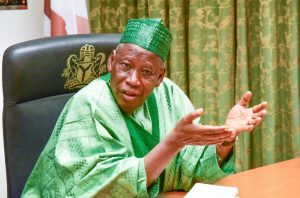 Kano State Government has slashed the salaries of political office holders in the state by 50 per cent for the month of March due to dwindling resources.

The State Commissioner for Information, Malam Muhammad Garba, who disclosed this in a statement on Tuesday, April 6, said the action was due to shortfall in the revenue accruing to the state from the federation account.

Previous ArticleMan shares then and now photos as he reunites with his primary school classmates after more than 50 years
Next Article Mark Elliott, voice of Disney movie trailers, dies at 81