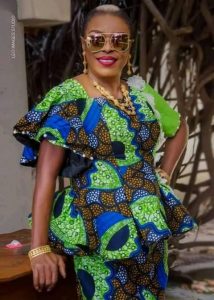 Unknown gunmen suspected to be assassins have murdered Mrs Eunice Aghanya, the wife of a former Commissioner of Police, Ibezimako Aghanya, in Makurdi, Benue State capital.

The victim was hacked to death by the assailants at her residence, behind Kismet Hotel, off David Mark Bye-pass, on Friday, March 12.

It was gathered that at the time the incident happened, the husband, a retired Deputy Inspector General (DIG) of Police, was said to be in Lagos. 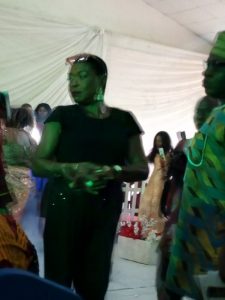 According to an reports, Mrs. Aghanya might have been trailed to her house by the assailants. She was said to have returned home around 4pm and parked her car in the compound.

Her husband called his younger brother to go and check on his wife that Friday night, sensing something was wrong as he couldn’t get hold of her. 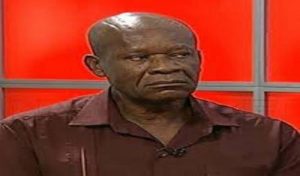 On getting inside, he met Mama Aghanya in the pool of her blood already dead. She was matcheted on the head severally by her attackers.

Retired DIG Aghanya was a one time Benue State Commissioner of Police and later DIG in carge of Zone 2. Before her death, his wife was the owner of Euniland Bread, Makurdi.

Meanwhile a few people have taken to Facebook to mourn the deceased. See posts below… 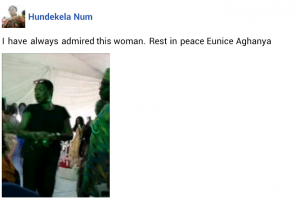 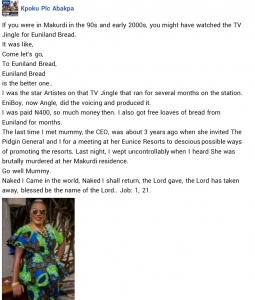