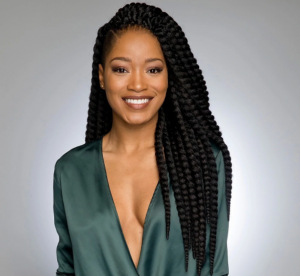 Keke Palmer has said she doesn’t believe in “girlfriend and boyfriend” and considers herself single until the marriage vows have been said.

The actress took to Instagram to address men who try to hold a woman down in the name of carrying on a relationship.

In a video, she is heard saying: “Dudes be like, I want you to be my girlfriend. But are you going to marry me? Because I’m not trying to be locked into nothing unless you’re going to lock me in for life. Because we can just be friends and kick it until you’re ready to go.”

In the caption, she wrote: “I don’t believe in girlfriend and boyfriend. I’m single till I’m married. Let’s just kick it love.” 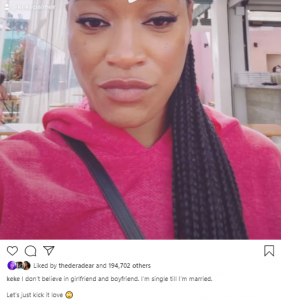 Previous ArticleFormer Governor of Niger state, Aliyu Babangida explains why PDP Governors in the north worked against Jonathan in 2015 election
Next Article “PDP remains our only hope and that of Nigerians at large” – Fayose