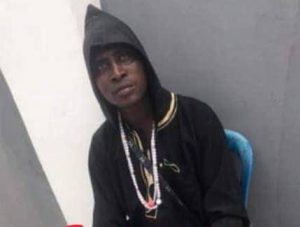 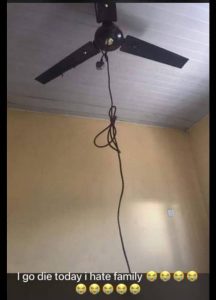 SaharaReporters reports that sources close to the deceased shared what looked liked a suicide note on his Whatsapp status before he took his life.

When people went to his house, a rope was seen hanging from his ceiling fan as indicated on his status. It was gathered that he first attempted to commit suicide by hanging himself but later changed his mind and decided to jump into the river.