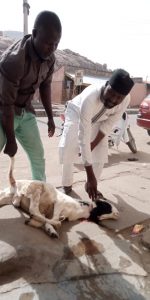 A staunch supporter of President Muhammadu Buhari threw a ram party in Katsina to celebrate his return after two weeks in the United Kingdom.

Abubakar Rabiu, popularly called Abu Albarka, hosted the party at a popular restaurant opposite the takeoff site of the Federal University Dustin-Ma on Friday, April 16 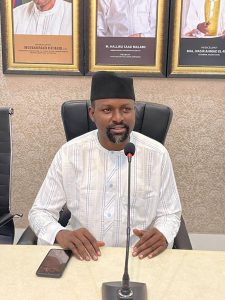 Daily Trust reports that Rabiu, known for his staunch support for Buhari, has made it a culture to slaughter rams and throw party every time the president return home from abroad, especially on a medical trip. The latest one is said to be his 8th party.

The party was graced by other Buhari supporters, who broke fast together and prayed for the unity and progress of Nigeria as well as Buhari’s health.

“This time about 40 people attended the feast to break their fast. This is the least number of participants we have, probably due to Ramadan fast, the last we had was about 300 participants,” Rabiu said.

Rabiu also maintained that President Buhari is the best thing to happen to Nigeria especially in this trying time of economy and insecurity.

He urged Nigerians to ardently pray for Nigeria and its leaders for peace, unity and progress. 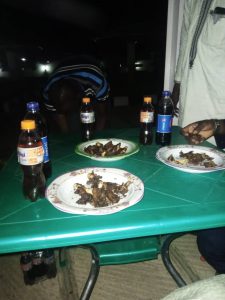