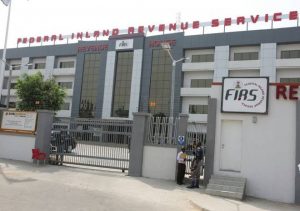 Nigeria generated N2.94 trillion in income from value-added tax (VAT) and company income tax (CIT) in the year 2020, data released by the National Bureau of Statistics (NBS), has revealed.

The breakdown shows that the third quarter (Q3) recorded the largest performance with a total of N840.7 billion while N620 billion, the least quarterly performance, was recorded in Q1.

VAT accounted for N1.53 trillion or 52 per cent of the total figure, while N1.41 trillion was sourced from CIT.

According to Guardian, professional services (including telecoms) and banks/other financial institutions led last year’s CIT revenue drive with N180.3 billion and N96.4 billion respectively. While banks and other financial institutions’ contribution to the CIT fell by about 48 per cent (compared to N142.7 billion realised from the sector in 2019), professional service improved slightly, rising from N177.7 billion generated from the sector in 2019 to N180.3 billion.

Textile and garment recorded highest year-to-date (YTD) improvement with 100 per cent jump in its CIT generation while the contribution of petrochemical and petroleum refineries fell by 45 per cent YTD to top the least improved sectors.

In the fourth quarter, the country generated N454.7 billion from VAT, making it the top-performing quarter. The first quarter was the poorest with 324.6 billion. The pattern was different from that of 2019, when the Q2 topped the year followed by the fourth and then first.

Recall that VAT was increased from five per cent to 7.5 per cent as contained in the Finance Act 2019. The increase took effect on February 1, 2020.