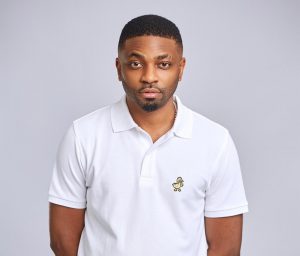 Music producer and songwriter, Shizzi has expressed his disappointment following his experience with the Nigerian police.

Shizzi in his tweet stated that people saying that Nigeria is stressful is an understatement. He also described the country as a “f**kd up place” after being accosted by the police two times in a row in one day.

After what I faced today with the Naija police two times in a row! I give up! F**kd up place ! 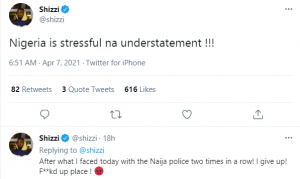