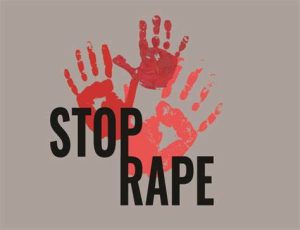 A white garment church pastor has been arrested by the police in Ondo state for allegedly raping a pregnant woman.

The woman identified as Bukola, revealed that the alleged incident occurred after she visited the Pastor’s church for deliverance.

According to Bukola, the pastor who claimed that her baby was in a vertical position instead of being horizontal, used ‘anointing oil’ to rub her private parts before he inserted his manhood.

“We usually have a programme every Wednesday. On that fateful day, I went to the church but unfortunately, the service had ended.

“He collected the list they gave me from the hospital and said the items on the list were too many. He later said I should go and do the photocopy which I did. He then said I should take it to the altar. While I was sitting down, he started pressing my stomach. He asked me how many months my pregnancy was and I said five months.

“He said he was going to do some spiritual work on me before my delivery. He stood up and entered a room. He later called me to enter and I did. He asked me to sleep which I did. He also said I should remove my clothes which I did.

“He then rubbed oil on his private parts and had sex with me. He said he was not supposed to do it but he helped me because my husband was not around. It was later after he had sex with me that I came into my right senses.”

The state Police Public Relations Officer, Mrs Funmilayo Odunlami confirmed that investigation had commenced following the arrest of the Pastor.

“I have not got full details of the matter but the pastor is with us and investigation has commenced.”