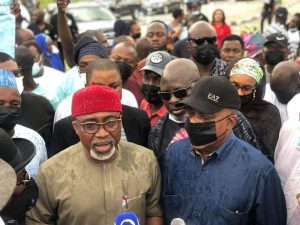 PDP leaders today June 30 stormed the National Assembly to demand a reversal of President Buhari’s nomination of his aide, Lauretta Onochie, as a National Commissioner of the Independent National Electoral Commission INEC. 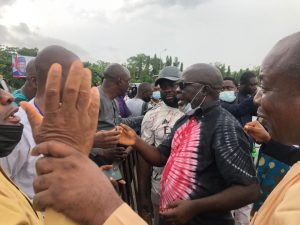 Led by its National chairman, Uche Secondus, the PDP described Onochie’s nomination as a travesty on Nigeria’s democracy. The party argued that Onochie being a card-carrying member of the APC cannot be appointed into a position that requires a high level of neutrality.

Receiving the protesters, the PDP Minority leader, Eyinnaya Abaribe, said he will present their protest letter to the National Assembly leadership.

It would be recalled that President Buhari in October 2020 nominated Lauretta among four commissioners for inclusion in the Independent National Electoral Commission (INEC).