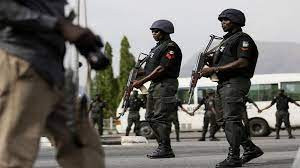 Men of the homicide section of the State Criminal Investigation Department (SCID) of the Edo State Police Command have commenced an investigation into the circumstances surrounding the death of a three-year-old boy, simply identified as Prosper, at a private hospital in Benin City over the weekend.

Proper is said to have visited the hospital located at Wisdom street off 2nd East Circular road in Benin city in the company of his uncle, Andy Okoli, who is a security man at the hospital.

It is alleged that Prosper ”disappeared” while in the hospital and was later found dead in one of the hospital rooms the next morning.

A staff of the hospital who spoke on condition of anonymity said;

“A security staff, only about 10 days ago, was coming to work with a minor who he said was his sister’s son. On the fateful day, the little boy went missing and was later found dead in one of the hospital rooms, and when we discovered it, we quickly alerted the police”.

A resident in the area, who alleged negligence, said;

“When the security man did not see the boy, he did not raise the alarm, and when he eventually did, the body was not found until when a staff went into the labour room the following day.”

Confirming the incident, the spokesman of the Edo State Police Command, SP Chidi Nwabuzor, said the police suspects foul play and that an investigation has commenced into the incident.

Nwabuzor said the security man and the nurse on duty, when the incident happened, were being investigated by the homicide section in the state command.

“The Divisional Police Officer in charge of Esigie Police Division Headquarters, Benin City, and his police operatives moved to the scene and discovered that the hospital premises was well secured, so he suspected foul play, hence, the security man and the nurse who was on duty were arrested and brought to Esigie police station for questioning.

The case file of the suspects have been transferred to the State Criminal Investigation Department of Edo State Police Command, while the body of the child was deposited for preservation. Discreet investigation is currently taking place in the homicide section of the SCID,” Nwabuzor said