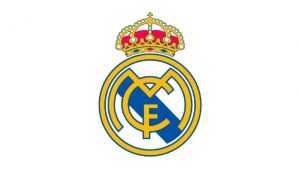 Real Madrid are considering taking legal action against LaLiga and CVC Capital Partners after the Spanish league agreed to sell 10% of its business to the investment fund for €2.7 billion, without informing Real Madrid a major club in the league.

The money raised from the sale will be distributed among the clubs in the form of a loan, repayable over a significant number of years. The payments will be based on the contributions the clubs have had since the centralisation of audiovisual rights in 2015, with Madrid allocated around €261 million and Barca €270m.

The clubs must spend at least 70% of the money on investments related to long-term growth, 15% on refinancing their debt, and 15% can be used to increase their league-imposed spending limits.

LaLiga announced the landmark deal on Wednesday, and reports say even Barcelona had not yet agreed to the deal doubting if it can be voted through at the La Liga general assembly on Aug. 12.

The Spanish league’s executive committee have already unanimously approved the 10% sale, but it must be ratified at the general assembly next week.

League sources said that despite the concerns some clubs have about the deal, they believe it will be voted through because only two-thirds of the 42 voting clubs in the top two tiers of Spanish football must be in favour

Madrid said in a statement on Thursday: “This agreement was reached without the involvement or knowledge of Real Madrid and today, for the first time, LaLiga has given us limited access to the terms of the agreement.

“The negotiation was carried out without competitive proceedings and the financial conditions agreed with CVC Capital Partners give them annual returns of over 20%. This opportunistic fund is the same which tried and failed to reach similar agreements with the Italian and German leagues.

“Real Madrid cannot support a venture which hands the future of 42 Primera and Segunda División clubs over to a group of investors, not to mention the futures of those clubs who qualify over the next 50 years.

“Real Madrid will convene the Assembly of Representative Members to debate the agreement and discuss the significant loss of equity, unprecedented in our 119-year history.”

Barcelona said in a statement: “FC Barcelona considers that the operation that has been made public has not been sufficiently verified with the clubs [owners of the TV rights]; that its amount is not congruent with the years of duration and that part of the audiovisual rights of all the clubs are affected for the next 50 years.

“The Club considers the signing of a half-century contract inappropriate given the uncertainties that always surround the world of football.

“The conditions of the contract that LaLiga is talking about condemn the future of FC Barcelona in terms of audiovisual rights.

“FC Barcelona wants to show its surprise at an agreement promoted by Laliga in which it has not had the criteria of teams, like FC Barcelona itself, and does not even show options among more competitors to be able to evaluate the advantages and disadvantages in a scenario with many questions such as the post-pandemic.”