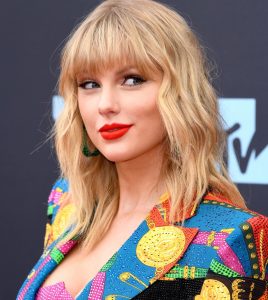 Taylor Swift has donated £36,000 to a mother of five whose husband died of Covid.

The singer and her mum gave the money to a GoFundMe appeal set up to support Vickie Quarles and her five children.

The woman’s husband, Theodis Ray Quarles, 48, of Memphis, Tennessee, US, died before Christmas, according to the fundraiser. This is not the first time the Grammy Award-winner has helped out strangers.

Last year, she gave £23,373 so teenager, Vitoria Mario, could afford to go to university.

And in December, Taylor donated £9,500 each to two mothers experiencing difficulties due to the pandemic.

Previous ArticleDr. Rachel Levine makes history as first openly transgender official confirmed by the U.S. Senate
Next Article It is such a nasty development for Muslims to ask their students in Christian schools to wear Hijab in Kwara, leave the schools for the owners – Bishop Oyedepo