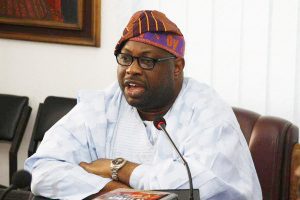 Media personality, Dele Momodu has reacted to allegation of supporting anyone who is against the present administration and anyone who mocks the President.

The exchange ensued after the media personality shared an old video of wanted secessionist leader, Sunday Igboho dancing with the caption “Happiness is FREE… OOSA.”

When accused of being in support of anyone who is against the present administration and who mocks the President, Dele Momodu countered the claim by saying that the President is not God.

He added that though he accords the President respect, he also has the right to oppose his ethnic bias.

See the exchange below……. 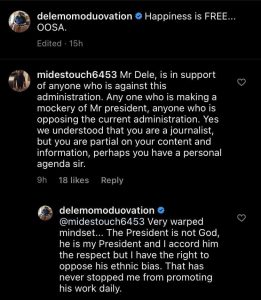