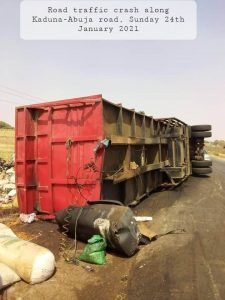 Fifteen people have died along the Kaduna-Abuja in accident caused by driving against traffic.

Commissioner for Internal Security and Home Affairs, Samuel Aruwan, who confirmed this in a statement on Sunday, January 24, said the information was presented in a research feedback to the Kaduna State Government by the military and security agencies conducting security operations along the route, adding that accidents happened within the last 72 hours.

The figure was presented along with a report of the latest crash, which occurred on Sunday morning, around the Greenfield University in Chikun local government. 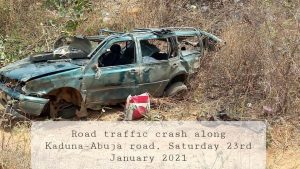 The crash involved a trailer conveying grains and motorcycles to Abuja and was caused by a combination of speeding and driving against the direction of traffic. These caused the trailer to veer off the pavement and tip over on its side, as seen in the pictures attached.

Seven persons died in the crash, with five injured, who are now receiving treatment in hospital. Troops and security agencies helped clear the site and ensured the normal flow of traffic. 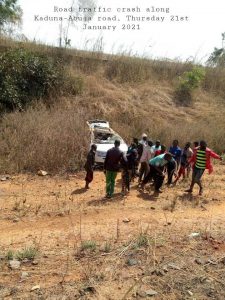 Several other fatal accidents have occurred recently along the route, all caused by drivers switching lanes to drive against the normal flow of traffic, usually leading to head-on collisions with oncoming vehicles.

On Saturday morning, two lives were lost in such a crash around Olam Farms. Two days before that, four persons died in another crash close to the NYSC camp. A similar crash occurred last Wednesday, January 20th 2021. 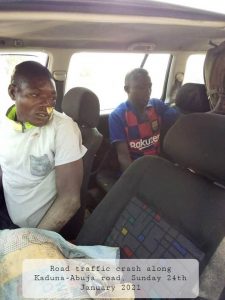 Governor Nasir El-Rufai expressed dismay at the report, and commiserated with the families of the deceased, while wishing the injured quick recovery. 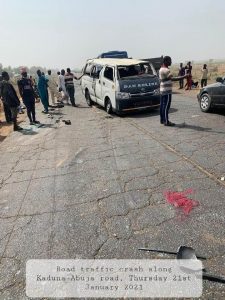 The Governor reiterated his call to drivers plying the highway to desist from dangerous practices, especially speeding and driving against the flow of traffic, which remains prohibited by the Kaduna State Government.

While acknowledging the inconvenience posed by defects on the route, the Governor pointed out that the risks incurred by switching to another lane to drive against the flow of traffic are too great, as clearly indicated by the number of deadly crashes witnessed on the route in the past month.

“Security agencies will continue to enforce compliance on the route. Meanwhile, citizens are urged to report violations, crashes and other abnormalities to the Kaduna State Security Operations Room on the emergency lines: 09034000060 and 08170189999, or email Internal.Security@kdsg.gov.ng.” he said 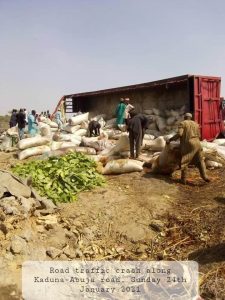 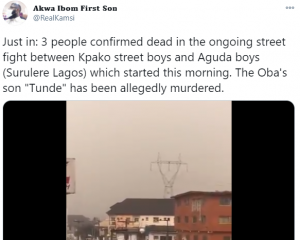 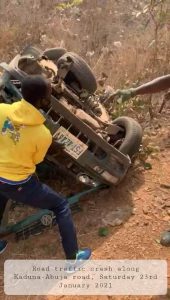 Previous ArticleMissing man, Stephen Tikya found dead after going hiking with friends in Nasarawa
Next Article Nigeria to spend $80m in fighting terrorism and banditry in the north — President Buhari