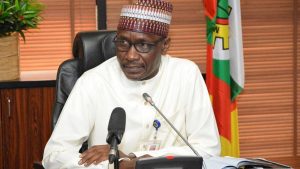 Group managing director of the Nigerian National Petroleum Corporation (NNPC), Mele Kyari has said that the allocation of three percent oil companies operating expense to host communities is higher than 30 percent of profit oil and gas for frontier exploration which is mostly in Northern communities.

Appearing on an NTA interview programme on Tuesday August 24, the NNPC GMD stated that the provisions that are meant for host communities will be implemented and delivered.

“For instance, when you say 30 percent profit oil and gas from NNPC shares or from PSC, it is a very small number. The percentages appear very outrageous but 30 percent of what? Nobody has sat down to look at it. When you say profit oil 30 percent, it probably comes down to less than $400 million per annum.

“You can see that those percentages don’t reflect the realities that we are trying to achieve by this. And for profit oil, there are lots of uncertainties around it because if you don’t make profit it is zero but you must spend money to do operating expense.

“We are very sure that provisions that are meant for host communities will be implemented and delivered.”

Maintaining that the PIA will proffer lots of prosperity for our country in both short and long terms, Kyari added that said there will not be difficulties implementing the new law as concerns from stakeholders have been taken into consideration by the implementation committee.