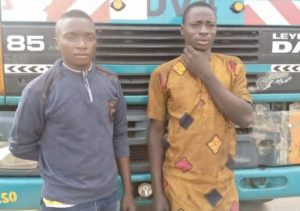 The suspects, identified as Akeem Adesola, 30, and Benjamin Adeniyi, 29, were nabbed with the truck, a blue Leyland DAF with registration number  Lagos EKY 189 XV on Iseyin-Saki Road at about 3pm on Wednesday, the Anti-Vandalism Unit of the command.

Parading the suspects on Friday, July 16, the state Commandant, Michael Adaralewa, said that the command had re-strategised by improving on intense patrol of crime-prone areas in the state to combat any act of 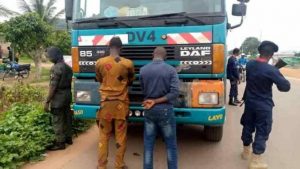