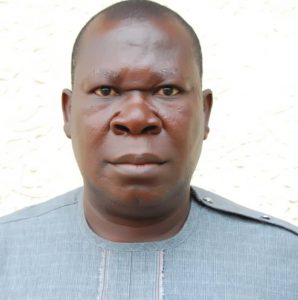 In the resignation letter dated Tuesday, April 6, Eze, who was the Senior Technical Assistant to the Governor on Media, stated his reason as not being able to betray his conscience.

The letter reads: “Pursuant to the dictates of my conscience and my rights as enshrined in the 1999 Constitution of the Federal Republic of Nigeria, I write to hereby resign my appointment as Senior Technical Assistant to the Governor of Ebonyi State,”

“I thank Ebonyi State Government under Engr. David Umah, my former colleagues and Ebonyi citizenry for the opportunity to serve Ebonyi State, cooperation in the service and support respectively.”

There has been series of resignations in the state executive council since Governor Umahi joined the ruling All Progressives Congress (APC) last Novemeber. 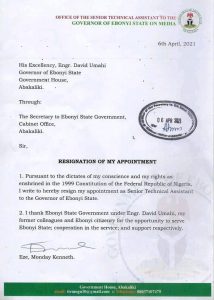 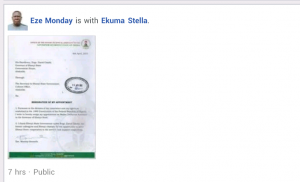