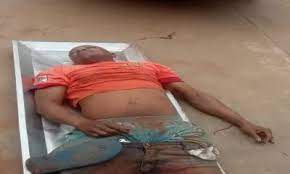 An armed robbery suspect was in the early hours of Friday, July 16, shot dead along the Shagamu/Ijebu ode expressway by operatives of Ogun state police command while robbing people on the highway.

A statement by DSP Abimbola Oyeyemi, spokesperson of the state police command, said the suspect met his Waterloo when the DPO Odogbolu division, SP Awoniyi Adekunle and his men who were on a joint patrol with a team of military men, received a distress call that armed robbers numbering about seven had blocked the road around southwestern University, and are dispossessing people of their belongings.

”Upon the distress call, the Dpo and his team moved to the scene, but as soon as the armed robbers sighted them, they engaged them in gun duel which lasted for about forty five minutes.

At the end of the encounter, one of the robbers was arrested with severe bullets wounds while others escaped with varying degrees of gunshot wounds.

The arrested suspect gave up the ghost on the way to the hospital.”

Oyeyemi added that the commissioner of police Cp Edward Awolowo Ajogun, who commended the quick response and bravery of his men, has directed that the entire area be properly combed with the view to apprehending the escaped members of the gang. The CP has also appealed to members of the public especially the hospital, to alert the police, if anybody with gunshot injury is seen in their area. 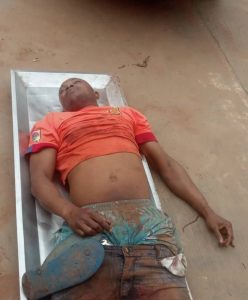