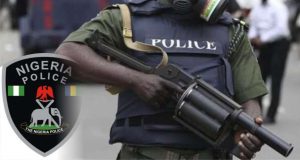 15 people have been arrested by the police in Benue state for stealing at least 255 railway slippers from different locations of the state within the past two months.

Commissioner of Police, Tunji Akingbola disclosed this during his maiden press briefing with journalists in Makurdi, the state capital on Thursday October 7.

Akingbola said within the period of his resumption in the state in August, 15 people who specialised in vandalising critical infrastructure have been arrested with 255 railway slippers.

20 suspects were arrested for robbery while another 20 were for cultism. Some other suspects are held in custody for banditry among other crimes.