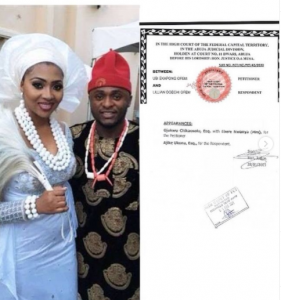 Ubi Franklin and Lilian Esoro’s marriage has been officially dissolved.

The entrepreneur and actress’ marriage was dissolved on Thursday January 28th at an Abuja High Court.

The two got married in November 2015 and separated about a year after.
Lilian first filed for divorce in a Lagos High Court and it was denied and Ubi filed in Abuja and the divorce was granted. They share a 4 year old son, Jason. 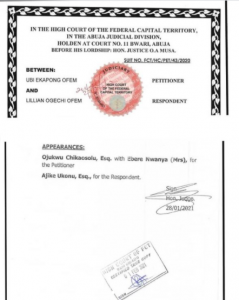