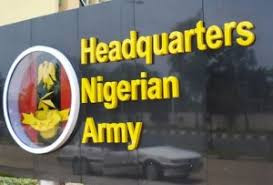 There was a fire incident at the Nigerian Army Headquarters complex in Abuja today, March 2.

Confirming the incident, the Nigerian Army Director of Public Relations, Brigadier General Mohammed Yerimah, attributed the cause of the inferno to faulty electrical installations.

“Electrical fault sparked a minor fire incident at the Army Headquarters Complex, Abuja, Tuesday morning. The incident which happened at about 10.15 am was as a result of a minor electrical fault in one of the offices.

The Nigerian Army Fire Service Department has since put out the fire. No casualty was recorded during the incident and normalcy has since returned to the complex.”

Previous ArticleThe Emir of Kagara is dead
Next Article I will not take COVID-19 vaccines – Kogi gov, Yahaya Bello