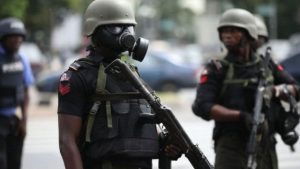 Three policemen have allegedly been killed in an attack in Abakaliki, Ebonyi state.

SaharaReporters reports that the policemen were killed while on a ‘stop and search operation along Onuebonyi/Nwezenyi Road on Wednesday night, APRIL 14.

Their bodies have been deposited at the hospital’s mortuary