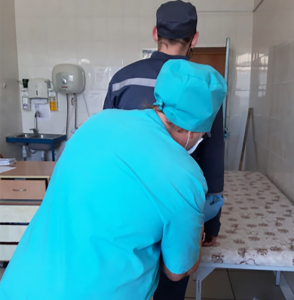 Dozens of convicted child sex offenders are set to be castrated in Kazakhstan, the country’s Government has announced.

25 sex criminals are set to be castrated. They are the latest to undergo the controversial procedure which one man said left him “aching so badly” he could hardly walk.

A total of 95 men are expected to undergo chemical castration in Kazakhstan this year at a cost of £178 per paedophile, Dailystar reports.

Interior Ministry official Alexey Milyuk said that since the 2018 law came into effect, “the number of offences against the underaged has decreased by 15.4%”.

The country’s Government believes the use of forced chemical castration to dramatically reduce male libido among convicted paedophiles will reduce sex crimes against children.

Mr Milyuk said: “Legislation has been significantly tightened to prevent crimes against the sexual integrity of children.

“Early parole for paedophiles has been prohibited. Jail terms for rape and sexual violence against children has been increased from 12 years to life.

One child rapist, who has been castrated, called for a ban on the “barbaric” procedure.

“It is incredibly difficult. I wouldn’t wish it on my worst enemy,” the convicted child rapist said after undergoing the first injection to reduce his libido.

He continued: “I am pleading for help, and I want to appeal to everyone so that chemical castration is cancelled.

“My body is aching so badly after the injection that I struggle to walk, and it is scary.”

However, a nurse whose job it is to castrate the sex criminals in one Kazakh jail, claims other countries should follow the example.

Zoya Manaenko, 69, insists it is right that child sex attackers should face this ultimate punishment. 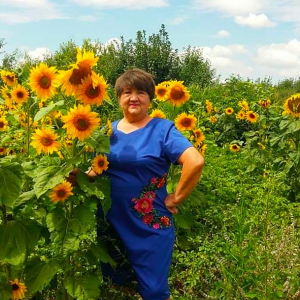 She said: “These people need to be stopped somehow.

“They commit terrible crimes against children. So it is right that the law allows this.”

Kazakhstan’s no-tolerance policy includes publishing pictures, names and addresses of all child sex attackers after their release from jail.

Last year a map showed the location of 234 “potentially dangerous paedophiles” after their release.

Among those on the list of shame is Igor Trusov, 60, who sexually abused an eight-year-old and was released in 2018 after a seven-year sentence. 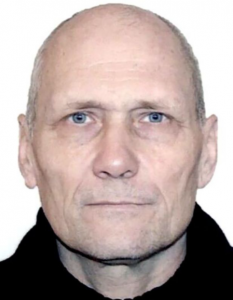