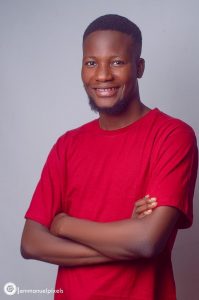 After appointment and inauguration, what is the next line of action?
The mandate and vision of the government has been pronounced and
explained in clearer terms, which is “TO REPOSITION THE INSTITUTION
AND CITADEL OF LEARNING TO THE TOP TEN UNIVERSITIES IN THE WORLD”.
Let me start by congratulating you on your well-deserved appointment
to pilot the affairs of the university to enviable heights, your
appointment which was merited as a result of your heroic performance
and delivery of the ownership of the LADOKE AKINTOLA UNIVERSITY OF
TECHNOLOGY OGBOMOSO to Oyo state after the determination of the Oyo
state government to assume the sole ownership shows the paradigm shift
from the normal tradition by the previous visitors to the university.
Dear Prof Ayodeji Omole, the eagerness is over and the main work
should kick start immediately, as the progress of the institution has
been inconsistent for the past 12years as a result of the
maladministration of the institution’s former visitors, obviously you
are well acquainted with the major issues bedeviling the university,
hence your team is expected to have a blueprint already to place the
institution on the global map.
The Oyo state government led by Engr. Oluseyi Abiodun Makinde should
be applauded for giving necessary support to the institution before
the inauguration of the Governing Council, without mincing words
LAUTECH has been coming up and gradually returning to where it belongs
on the global map, after the decision of NUC to transfer sole ownership to
Oyo state, recently three renowned professor of repute from the
institution was announced as top 100 professors in the country, some
students were also announced as regional winners in the Hult prize
global challenge.
“Interestingly there has been a cold war going on in LAUTECH for about
3-4 months caused by tribal, political and religious sentiments. There
are trust deficit between the members of staff and the management, in
which many believes there are a lot of backdoor appointments carried
out before the announcement of the Governing board of the institution.
Rumor has it that 70% of staff in a particular department already has
an appointment letter with UNIOSUN yet floating in LAUTECH, with
little or no effort to deliver the services they are been paid
for.”
Your appointment is coming as a uniting factor and your reputation as a
former union leader has given you the necessary requirement to bring
all the stakeholders back on the same page, the continuous payment of
salaries and the love and respect for the Executive Governor (Engr.
Oluseyi Makinde) is the reason why things have not fallen apart. The onus is now on the Governing Council to unite all and sundry, purge
out the problematic ones and as a matter of urgency convey a
stakeholders meeting of relevant stakeholders to look into
1.      CONVOCATION CEREMONY
2.      ACCREDITATION OF SOME COURSES
3.      EMPLOYMENT OF MORE LABOR FORCE
4.      PAYMENT OF WORKERS ARREARS
5.      INVESTIGATION OF ALL APPROVED AND ONGOING PROJECTS IN THE UNIVERSITY
6.      PROMOTION OF WORKERS THAT HAS BEEN DELAYED
7.      COMMITTEE TO REVIVE ALL MORIBUND VENTURES AND MEANS OF GENERATING IGR
8.      STUDENTS UNION ELECTIONS
9.      UNITING ALL FACTIONS and all other pending issues.
Finally, the fate of thousands of students is hanging on your decision
as the Governing Council Chairman, in the interest of all uniting all
factions and bringing all stakeholders to the same page is the first
antidote to the silent war, from this end I wish you and your team a
successful tenure with so many laudable achievements.
LET ALL UNITE TO REKINDLE THE VALUE OF LAUTECH.
Previous ArticleNew HIV vaccine with a 97% antibody response rate shows promise in ‘landmark’ first-in-human trial
Next Article Nigerian man goes viral on Twitter because of his height