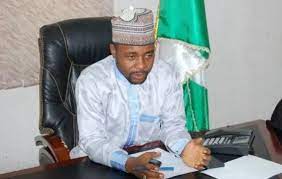 Chairman of Kano State Public Complaints and Anti-Corruption Commission, Muhuyi Magaji Rimin Gado has been suspended by the state house of assembly.

Magaji was suspended for rejecting an accountant sent to the commission by the state’s Accountant General.

This came after the lawmakers considered a petition from the Office of the Accountant General of the State in the Ministry of Finance, alleging that he refused to accept a Chief Accountant posted to the Commission.