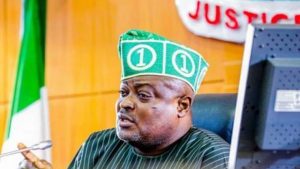 The Unlawful Societies and Cultism (Prohibition) Bill 2020 which also prescribes ‘punishment’ for parents of convicted cultists, has been passed by the Lagos state House of Assembly.

The bill which will be sent to Governor Babajide Sanwo-Olu for his assent, was passed during plenary session on Monday February 1.

Though it is unclear the punishment parents of convicted cultists will be subjected to, however the speaker of the assembly, Mudashiru Obasa said it prohibits unlawful societies and cultism in Lagos and for connected purposes.