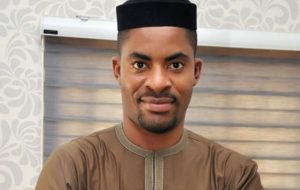 Activist Deji Adeyanju has taken to Twitter to comment on what he feels the aftermath of the “show of wealth” at the burial ceremony of Obi Cubana’s mother will look like.

Deji in a tweet he shared, claimed that Obi Cubana will now be watched every time he’s travelling abroad as a “person of interest”.

According to him, the nightlife King wouldn’t have needed the explanations he’s offering now if he had acted ‘responsibly’ during the event. 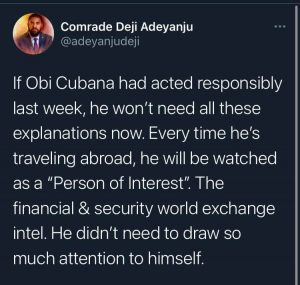