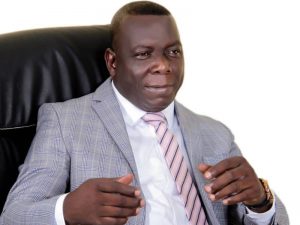 Election of Stephen Odey of the Peoples Democratic Party as the senator representing Cross River North Senatorial district, has been upheld by the election Petition Tribunal seating in Calabar.

Passing judgement in petition N0: EPT/CR/SEN/03/2020 filed by Joe Agi SAN and the All Progressive Congress against Stephen Odey, Jerigbe Agom Jerigbe, Peoples’ Democratic Party and the Independent National Electoral Commission as 1st to 4th respondents respectively,  the three man tribunal presided over by Justice Yusuf Ubale Muhammad agreed with the preliminary objections earlier raised by the Respondents but said he does not have the locus standi to challenge the primaries of the PDP.

The tribunal also submitted that the 2nd respondent Hon. Jerigbe Agom was not a candidate in the election and that the certificate of Return issued to him by the Independent National Electoral Commission was done wrongfully and should be discountenanced.

“The question to ask is in view of the admission of the petitioner that he is not a member of the PDP and he left since 2017, does he have the locus standi to challenge the primaries of the PDP? The definite answer is no.

“The position of the law is that it is only an aspirant who contested a primary election that can approach the court under the provision of the section 87.9 of the electoral ACT. It therefore shows that the petitioner in this petition has no locus standi to challenge the return of the first respondent.

“As for the evidence before the tribunal, the first petitioner alleged that the 3rd respondent sponsored two candidates for the senatorial by-election for CRS north which led to the issuance of two certificates of return; 1st to Odey on the 6th of Dec, 2020 and another to the 18th of Feb. 2021.

“It is not possible for the INEC to hear someone who has not submitted form CF001 and CF 002 as the nomination process is complete only when the Commission receives the necessary documents – see the decision in PDM Vs INEC 2020. On the whole, we hold that there is no evidence before us to destroy the return of the first respondent as the duly elected senator represented Cross River North. We have studied exhibits A22, the Judgment of the Court of Appeal and we could not find where a certificate of Return issued to the first respondent is nullified and as such the issuance of the 2nd certificate of return to the 2nd respondent by INEC is wrongful and hereby discountenanced.”