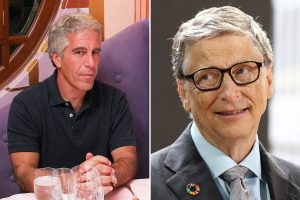 Billionaire Microsoft founder, Bill Gates has revealed he regrets his relationship with Jeffrey Epstein, the wealthy financial manager who was accused of child sex trafficking, before he committed suicide in 2019.

Speaking with CNN’s Anderson Cooper, Gates said he only met with Epstein in the hopes of raising more money to deal with global health issues. He says they only had meetings and didn’t have a relationship. 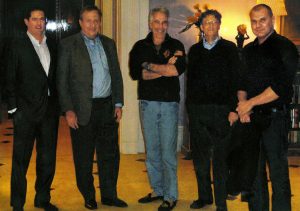 “It was a huge mistake to spend time with him, to give him the credibility of being there,” Gates said.

“I had several dinners with him, you know, hoping that what he said about getting billions of philanthropy for global health through contacts that he had might emerge,” Gates said.

“When it looked like that wasn’t a real thing, that relationship ended.”

In July 2019, federal prosecutors in New York unsealed a criminal indictment accusing Epstein of having operated a sex trafficking ring in which he sexually abused dozens of underage girls, allegations that had circulated around the politically connected businessman for years.

Eipstein, a well-connected hedge fund manager previously evaded similar charges when he secured a non-prosecution deal with federal prosecutors in Miami in 2008.

Instead of facing federal charges, Epstein pleaded guilty to two state prostitution charges and served just 13 months in prison. He also registered as a sex offender and paid restitution to the victims identified by the FBI.

Epstein was arrested again on July 6, 2019, on federal charges for the sex trafficking of minors in Florida and New York. In August of 2019, Epstein was found dead in a New York jail cell after committing suicide by hanging.