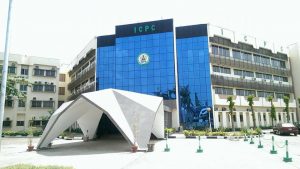 An official of the Nigerian Security and Civil Defence Corps (NSCDC), Idowu Olamide has been convicted by the Ogun state high court over certificate forgery.

The Independent Corrupt Practices and Other Related Offences Commission (ICPC) said Idowu was convicted for forging a National Diploma certificate to secure an upgrade in his office.

The convict was accused of “knowingly making a false statement to the indictment charges” and committing an alleged offence contrary to Section 25(1) of Corrupt Practices and Other Related Offences Act, 2000 and punishable under Section 25(1) (b) of the same Act”.

The court was told how the convict presented a forged National Diploma Certificate in Automobile Engineering from Federal Polytechnic, Ilaro, Ogun State, to NSCDC to be upgraded to senior cadre.

Idowu who entered a “not guilty plea” when the charge was read to him in June 2021, changed his plea during trial by approaching the court with a prayer for a plea bargain which was granted by the trial judge, A. A. Akinyemi.

The charge was then amended from two counts to one, which centered on making false statement with the intent to deceive a government agency.

Following a passionate plea by his counsel, the trial judge, A. A. Akinyemi convicted him on a non-prison committal sentence of a fine of N100,000.