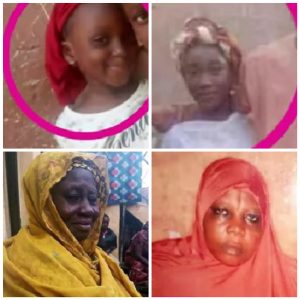 Four members of a prominent family died in a fire incident that occurred in Bida town, Niger state in the wee hours of Monday, March 8.

It was gathered that the family house located Efu Kabali Gulu area of Bida went up in flames aroud 1:am, resulting in the death of two aged wives and two grand daughters of the owner of the house. 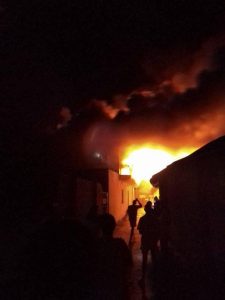 The victims were identified as Hajiya Salamatu and Hajiya Jummai Kabaraini while the names of grandchildren of the late owner are Hauwa and Khairatu Mahmud kabaraini.

Besides the loss of lives, valuables worth millions of Naira were completely destroyed by the fire.

The owner of the building who is said to be a prominent indigene of Bida town, Ahmadu Kabaraini is deceased but head of the family, Sallau Kabaraini, said the cause of the fire could not be immediately ascertained.

But the fire is believed to be connected to an electrical fault in the building. 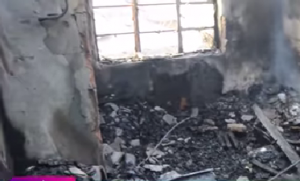 Reacting to the incident, the Alhaji Yahaya Abubakar, Etsu Nupe, who is also the Chairman, Niger State Council of Traditional Rulers, described the inferno as very unfortunate.

According to Alhaji Abubakar, the death of the people was very saddening, while lamenting the loss of the multi million naira property.

Speaking, shortly after the funeral prayers for the deceased victims, the Chief Imam of Bida, Ustaz Adamu Liman-Yakatun said the death was disheartening and painful, while urging the family to accept the incident as an act destined by God. 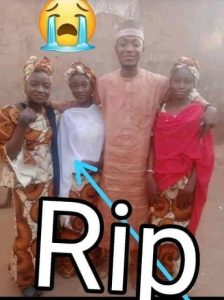 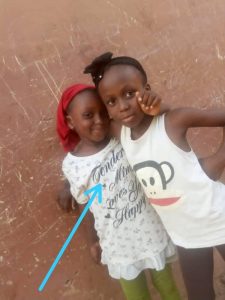