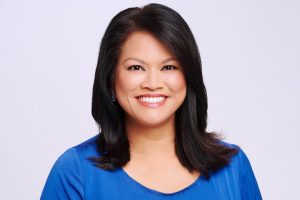 Katherine Creag, a popular television news anchor with NBC New York, has died. She was 47.

Ms. Creag, who was among the presenters on NBC’s “New York Today” morning show, was said to have died unexpectedly on Wednesday evening January 10.

Her death “was unexpected”, NBC New York said, and “she had not been ill and was working as recently as Wednesday morning”.

“Creag was the first face many New Yorkers woke up to every day,” said NBC New York, where she has worked as a reporter since 2011.

“New York Today”, the morning show she spent time reporting on, airs from 4.30 am until 7am and again at 11 am every day — making Ms Creag popular among New Yorkers.

The channel vice president of news, Amy Morris, said in an email to staff that “Kat was one of our cornerstones” for a decade.

“Always willing to help in any situation, whether it was a colleague in need or a shift that needed to be covered. She was thoughtful, funny, and relentless.”

“And even on the toughest days she was a bright light, quick with a kind word and a smile,” Ms. Morris added.

She was described as having had “boundless energy, even when reporting to work while it was still dark”, and supported multiple charities.

Ms. Creag, a native of Manilla, Philippines, is survived by a son, two daughters and her husband of 14 years, Bill Gafner.