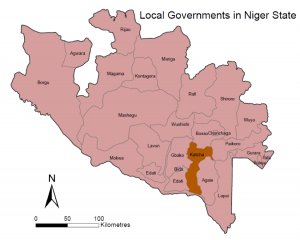 Abdulqadir Maigari has been removed as village head of Muye by Lapai Emirate Council in Niger State.

Secretary of the emirate, Ibrahim Sheikh in a statement released on Monday May 31 said the dismissal took effect from May 25, 2021.

Sheikh who disclosed that the emirate had written to Niger State Ministry of Local Government and Chieftaincy Affairs on May 28, seeking the approval of Governor Abubakar Bello to remove Maigari as the village head of Muye, said the dismissal of the village head was conveyed to him in a letter dated May 29 and signed by the Etsu Lapai, Umar Bago Tafida III.

“I write on the directive of his Royal Highness, Etsu Lapai and Chairman Lapai Emirate Council to inform you that in exercising the powers conferred on the Emirate Council under Section 80 Sub- Section 2 of Niger State Local Government Law, 2001 (as amended), and on the approval of the Executive Governor of Niger State that you are dismissed and removed as the Village Head of Muye.”