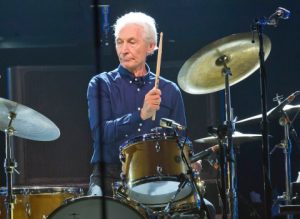 Charlie Watts, a drummer and member of legendary music group, Rolling Stones, has died, at the age of 80.

The Rolling Stones drummer was surrounded by his family at the time of his death, his publicist revealed on Tuesday, August 24. 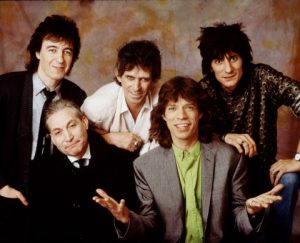 In a statement, his publicist said: ‘It is with immense sadness that we announce the death of our beloved Charlie Watts.

‘He passed away peacefully in a London hospital earlier today surrounded by his family.

‘Charlie was a cherished husband, father and grandfather and also as a member of The Rolling Stones one of the greatest drummers of his generation.

‘We kindly request that the privacy of his family, band members and close friends is respected at this difficult time.’

His cause of death has not yet been confirmed.

Earlier this month, it was announced that Watts would miss the band’s forthcoming US tour.

The music icon shared: ‘For once my timing has been a little off. I am working hard to get fully fit but I have today accepted on the advice of the experts that this will take a while.’

Watts first met Keith Richards and Sir Mick Jagger back in 1962, and in 1963 he agreed to join the group.

They soon became household names, with hits including Paint It Black, (I Can’t Get No) Satisfaction and Get Off of My Cloud soaring to the top of the charts around the world.

In 1989, more than a decade after forming, the Rolling Stones were inducted into the Rock and Roll Hall of Fame.

Alongside frontman Sir Mick Jagger and guitarist Keith Richards, Watts was among the longest-standing members of the Stones. In 2004 he was diagnosed with throat cancer. May his soul rest in peace.

ng Stones USA No Filter Tour’ as he recovered from a medical procedure, with Steve Jordan taking his slot.