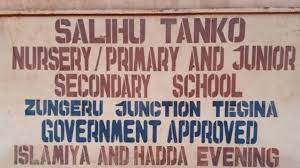 The students and three teachers were kidnapped on May 30 from the Islamic school in the north-central Nigerian state of Niger.

Sadly, 6 of them have died after getting sick while in captivity.

Abubakar Alhassan, the school principal, said on Tuesday, August 24, that the bandits called to notify him of the death of the children.

Alhassan told Reuters that the bandits disclosed the children died of illness and asked that the demanded ransom be paid for the release of the other children in captivity.

Abubakar Adam, a father of seven children who are all currently in captivity, was said to have further confirmed the news.

The bandits had earlier demanded the sum of N110 million but later raised the ransom to N200 million.

The parents of the abducted children were said to have paid N30 million naira as ransom to the bandits who refused to release the children.