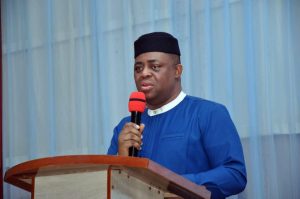 Former Minister of Aviation, Femi Fani-Kayode has commented on the “current” state of things in the United States.

According to the PDP Chieftain, it will soon be a crime to be a white male even though Martin Luther King never wanted that.

FFK stated that Martin Luther King wanted equality for ALL races and creeds, and not a ”nation where blacks, browns, yellows and reds rule and treat whites like garbage.”

The way things are going in America today it will soon be a crime to be a white male. That is NOT what MLK stood for. He wanted equality for ALL races & creeds & not a nation where blacks, browns, yellows & reds rule & treat whites like garbage. Two wrongs cannot make a right! 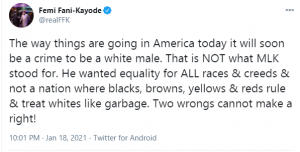