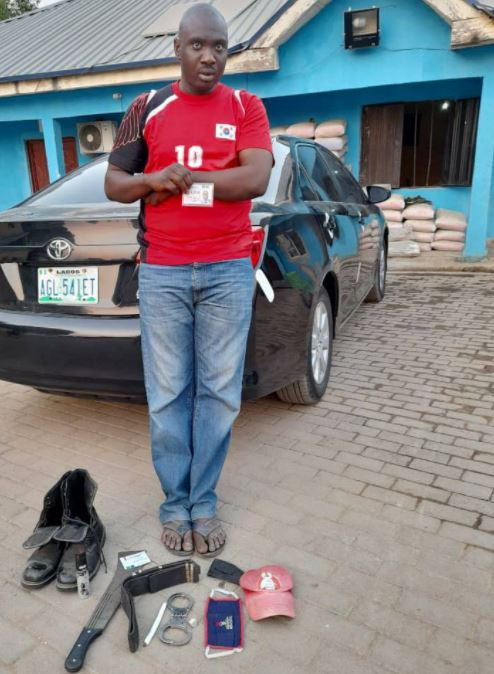 The Federal Capital Territory Police Command (FCT) have arrested a notorious fraudster, Mohammed Abdulrahman, who has been defrauding unsuspecting members of the public by impersonating as a Superintendent of Police and operative of the Economic and Financial Crimes Commission (EFCC).

Spokesperson of the Command, AP Mariam Yusuf, who confirmed this in a statement on Tuesday in Abuja, said the suspect was arrested by operatives attached to the Mabushi Police Division on January 17, following a tip-off.

“Preliminary investigation reveals that, the suspect habitually harasses residents along Mabushi Express axis under the façade of being a Police Officer thereby smearing the dignified image of the Nigeria Police Force.” the PPRO said.

The PPRO stated that the Commissioner of Police of the Command, CP Bala Ciroma, has urged the members of the public to report suspicious happenings and criminals in their environments to the nearest police formation for prompt action.

Previous ArticleHerdsmen: ‘Your statement is very inimical to the corporate existence of Nigeria’- Ondo state govt hits back at Garba Shehu
Next Article Nigerian man arrested in Thailand for bank fraud